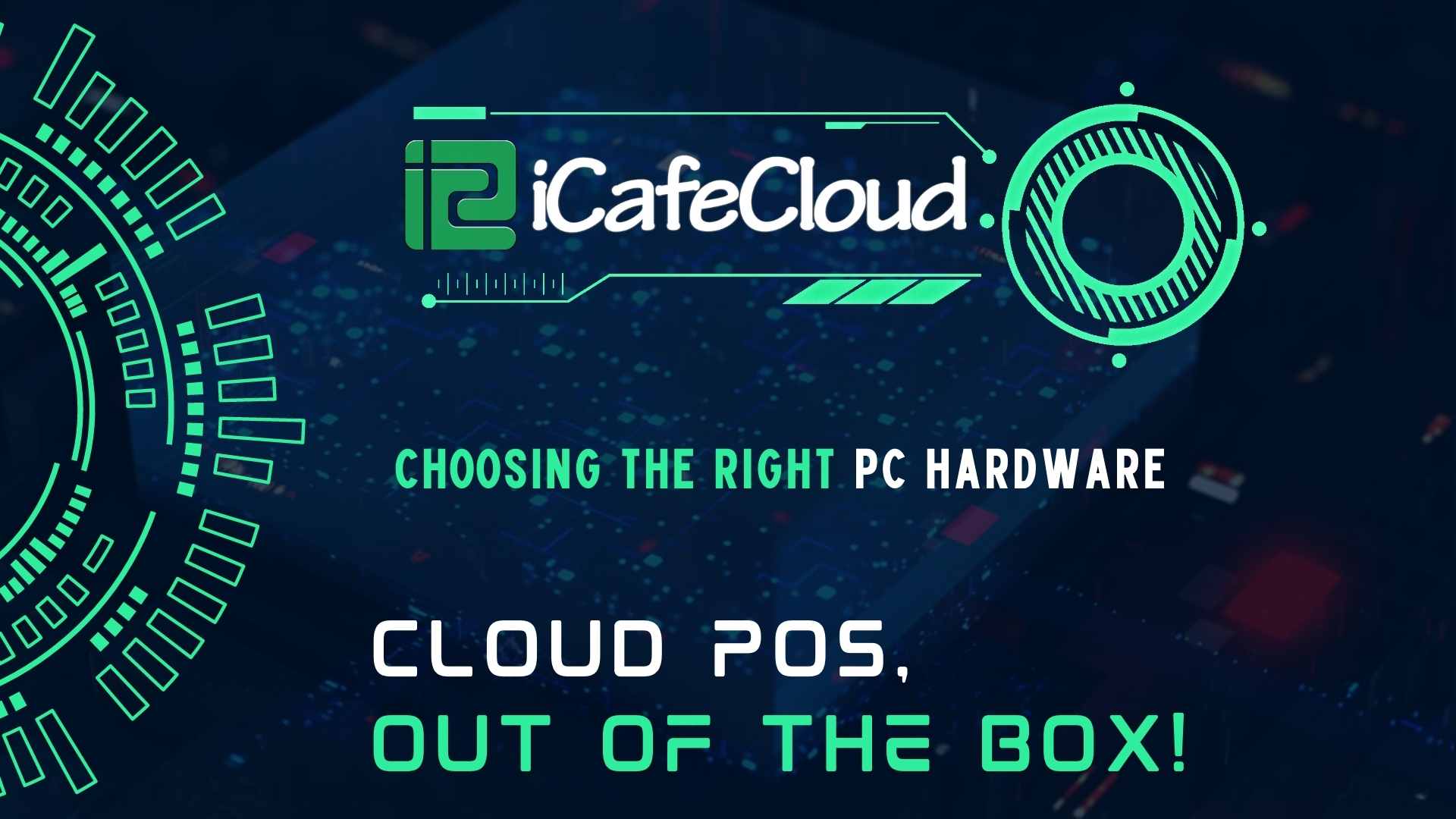 So, you’re on the path to become the next big gaming entrepreneur? And it looks like you’re in the research phase for your dream money making machine! How about we give you a hand in your journey to become the greatest? And no, we are not trying to push you our all in one gaming café management software iCafeCloud here! We just want to share out expertise on PC building and help you select the best PC components for your setup!

At the time of writing this blog, the best processors you can get for your machines would be either the Intel 12th Gen (Alder Lake) Series of Processors Or if you’re on Team Red, the Newest 7th Gen AMD processors with Zen 4 architecture would be your To Go’s very easily. The 5 Series viz, Intel i5 or AMD Ryzen 5 are a great choice for you to get started with (3 Series works as well but why compromise, right?)  You can also opt in for the 7 Series processors in either of these flagships if you’ve got enough budget to spend for that extra performance. Our preference however would be the 5 Series.

Now let’s talk about the one component that will bring along all of your selected hardware together and allow the machines to perform at optimal levels, the motherboard! Now it might seem as though a motherboard compatible with your CPU is more than enough, here’s a few more details you’ve got to consider when picking a motherboard. First and foremost, the brand of the motherboard DOES MATTER. In a sense where if the motherboard goes bad, do you get a better post-sales support is the bigger question here. After you have that resolved, it is now time to consider the number of RAM slots, GPU slots, the form factor of the motherboard and the IO ports on the motherboard (we all love a few extra USB slots, don’t we?)

And now, Let’s talk about the RAMs!

Now when picking a RAM, for gaming, a 16 GB Kit is more than enough. The first thing you need to do is pick one from DDR4 or DDR5, as it suggests, DDR5 is newer and performs almost 2X as of DDR4. Now once you have that set, choose if you’d like to go for a single channel or a dual channel kit. Although for DDR5, it does not really make that much of a difference, for DDR4, the performance gain with Dual Channel could be the marginal differential you’d want to consider. Next the Clock speed and the Frequency. Try to pick RAMs in the CL16-CL18 class. These are the lower clock speeds rams which mean they run more cycles than a typical CL24 RAM. As for the frequency, anything north of 3200Mhz is good enough to power any current gen game. If you’re picking multiple RAMs, make sure that all the RAMs in the configuration have the same frequency for the best performance

Let’s bring in some GRAPHICS!

The core of your gaming machine, the Graphics card or the GPU is what makes your machine perform in games along with your selection of the processor. With the current 4000 Series GPU launches, games are to become smoother, crisper and more realistic than ever before. Again, like the processor you can choose from Nvidia, AMD or the newest, Intel Arc GPUs! Consider the pricing and performance would be our only advice here, the benchmarks are available for every graphics card that has ever been produced over the internet and we encourage you to share our findings with us, we love to geek out over PC parts! Consider the FPS the card can produce on your configuration of the PC before ordering the batch of as many graphics cards as you would require!

Here’s a big debate in the gaming center community, Disk Or Diskless? Yes, we make the best diskless software ever i.e. CCBoot but that’s not what this is about. This is weather you’d like to update games per PC or update on 1 PC and let all other PCs grab the update simply with a restart along with staying safe from viruses and unauthorized software changes. Diskless also saves a lot of money and as already discussed, time! Most of our clients have often reached out to us in praises of the diskless architectures we’ve built and improved over the years and they all have one thing to say, “Once you go Diskless, you never go back” Ofcourse both these systems have their pros and cons and it is your call in the end. We are forever diskless fans, though!

Now for the Aesthetics, because it is all about the beauty!

Choosing the right chassis for your beast of a PC is what you need to do all by yourself! You can Go all RGB or Go with the Black and White theme, just know that these things are what will make your customers go, WOW!

We hope that we could bring your some value with this blog, please do share it with someone who would love to read this and let us know if we can make it better in the comments or on our discord server right here : https://discord.gg/xgS9DrE