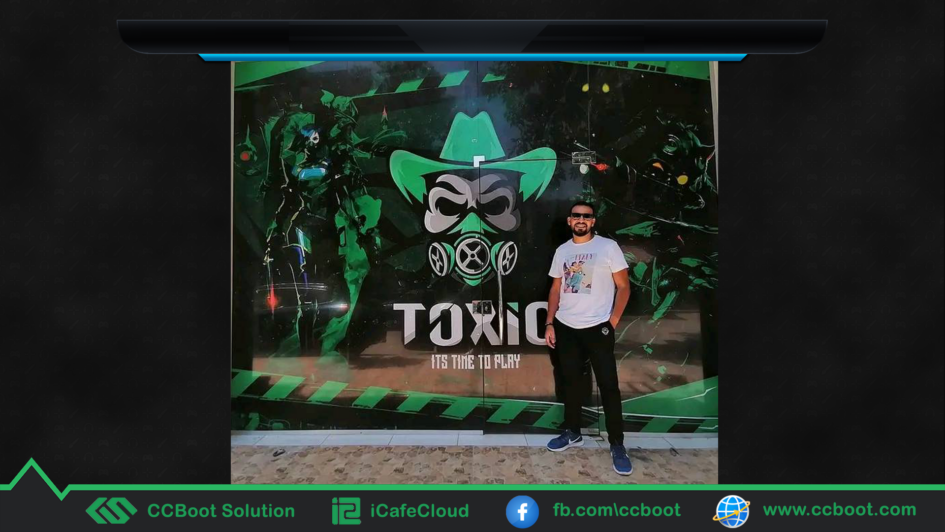 We love talking to our customers for feedback and this has been one such conversation. We recently had a fun conversation with Mustafa Helmi AKA “DEHCAA”, Owner of TOXiC GAMiNG from Egypt! Here’s a gist of the gaming center and some fun stories from the owner himself! This 5 minute read assures you a broader view on running a gaming center like a pro! Interested? Keep Reading!

Mustafa Helmi AKA “DEHCAA”, Owner of TOXiC GAMiNG started his gaming centers career back in 2018. When starting out, Mustafa was looking for solutions that gaming centers faced. The biggest pain point like any other gaming center would face, game updates! Mustafa soon found his peace with iCafeCloud! (We’re glad!) The gaming center started with a humble 8 PCs then got to exponential expansion! Upgraded the 20 PCs. Then came 34 and right now the center houses 45 war machines, all diskless!

Why get into the gaming industry?

Mustafa has been a passionate gamer since the age of 5! His journey started with the OG, sa5r console and the love for gaming only kept growing. Here’s a true gamer in the making. He loves games and computers. What he loves even more is fixing PC problems and learning from them, growing his knowledge of the machines with every problem he fixes! He is one of the few people who knows how to install windows using a floppy disk with DOS! Which he learnt when he was 12! Quite impressive given how complicated things were back then.

The server is equipped with a powerful i5 12400 CPU on an Asus TUF B560m Plus motherboard. 64 GB of RAM , a 5 GBPS network card. For game disks, it has a 2 TB NVME M.2 for Online Games and a 4 TB HDD for Offline Games. There are 4 Samsung EVO SSDs to power the writeback, cache and Image drives. There is a 10G network card coming soon for even better performance on the diskless environment

As for the gaming arenas,

The Premium lounge is equipped with

The EPIC Lounge has

And the best, their MYTHiC lounge has,

One Story that you love telling your friends

In Dechaa’s Words, “10 gamers looking to play WOW walked in once. My Cashier’s response was that we do not have the game. As they were about to walk out, I stopped them and assured them I can have it ready to play for then within 30 minutes. They did not believe me but were generous enough to stick around after I explained to them that they just need to restart the PC and they will have it. They had a hard time accepting the fact but little did they know back then, the power of diskless and super speed internet! When they did experience it though, they’ve been coming back to TOXiC looking for a new game everytime!” We’re genuinely happy to help you with our Diskless Services, Mustafa!

How has your experience with iCafeCloud been?

“Best of the best, actually”. He loves the financial control he gets with iCafeCloud. No other software satisfy him like iCafeCloud he added. He also loves how easy it is to link games with iCafeCloud and he also added a few suggestions that we will definitely work on! He also seems to be a fan of the 24X7 support channels!

The support staff’s performance is gauged on the ratings from our customers that avail the support. It is made sure to rectify any shortcomings with a constant feedback cycle.

How did you find out about our software?

The owner started looking for solutions to his pain points on Google when he stumbled upon the website for CCBoot back in 2018 and eventually also adopted iCafeCloud as a core software for optimal management of the game zone.

We thank you for your time, Mustafa, We wish you the best with TOXiC GAMiNG. and we are eternally grateful for your trust and support in our software services! We look forward to becoming better and better by the day to serve you even better!

Want to experience the ease and management that Mustafa has experienced for free? Click here to GET YOUR FREE DEMO!